Working with the Crown Estate and Smiths Gore, Urban Animation prepared a master plan for a significant expansion of Rosewell over the long term. Gains from open cast coal extraction had provided funding for a bypass around Rosewell, leaving opportunities for growth of the village. The proposed reopening of the Waverley Rail Line would provide commuter rail services nearby.

The settlement suffers from a number of physical issues including traffic problems on the main street, lack of local services, a primary school at capacity and unattractive approaches to the town. Urban Animation devised a Concept Diagram, setting out a structured approach to the development of the village. 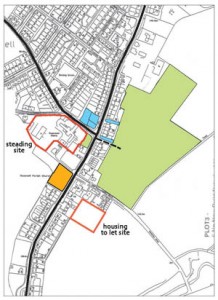 The original village had a traditional linear form. Major expansion has taken place to the west, creating an unbalanced settlement with just a narrow strip of development to the east of the main street. Locating land for future expansion to the east of the village would reinforce the main street as the central feature of the settlement and ensure important facilities and bus services are within walking distance of new houses.

Gateway developments will mark the main entrances to the village. A large central steading will be refurbished as a focus for commercial, retail and community uses. The village centre will be consolidated through the addition of a new primary school and affordable housing. Through traffic will bypass the village centre using a new distributor road. Existing mature woodland will be extended to link into the village and provide a setting for new development. 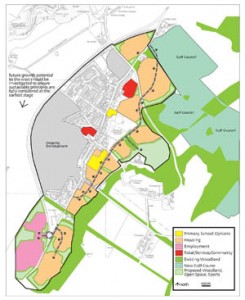 The first phase of the proposals has been included in the Midlothian Local Plan. Further phases will be brought forward as development progresses.

The Rosewell Expansion Strategy was an entry in the Scottish Government’s Scottish Sustainable Communities Initiative. 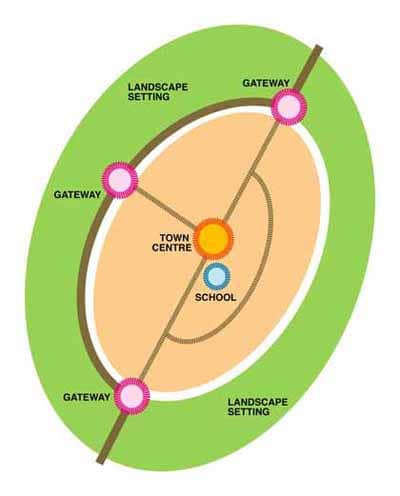