At the packed Hutter’s Rally in Dundee yesterday, Lesley Riddoch was quick to introduce delegates to the elephant in the room: land reform is perhaps the most pressing requirement for a more rapid growth of hutting in Scotland. Our near neighbour Norway, with it’s similar population but diverse land ownership pattern, has one hut for every 10 people. We have one for every 8500 people.

There was a second elephant in the room few could miss. This one would happily have been outdoors enjoying some peaceful recreation in Scotland’s vast rural expanse but unfortunately it couldn’t get planning permission. It was stuck indoors with the rest of us, circling the room.

An impromptu survey of hands showed perhaps 80-90% of the 250 delegates had suffered a negative and painful experience with the planning system. One or two people had a positive experience.

This entirely reflects previous experience at the Rural Housing Scotland conference. An equally packed room full of people doing everything they can to address Scotland’s rural housing crisis gave us the same response.

We did work in East Lothian a few years back with Nick Wright and Ogilvy Chalmers, where we captured the ‘Rural Voice’. Opinion again firmly suggested a negative experience of the planning process, to the point that land owners, rural businesses, communities and individuals had given up trying to bring forward development projects.

There is no evidence to suggest that this is a single group of malcontents covertly attending random rallies and conferences just to disrespect the planning system. I’m sure we’d be recognising faces by now.

We’re in the delivery stages of a Scottish Government planning review. There will be changes to process. Many of us remember the last review over the 2000s. There were some changes to process then. Some things improved. There was to be a ’culture change’ in planning, whereby attitudes to regulation, public service and development would be transformed. That, largely, has not been successful, as the show of hands confirms.

Will the new system bring that culture change?

There was much talk amongst delegates at both events over attitudes to Scotland’s countryside. There’s an unmistakable perception that some planning authorities and planning officers do not want to see any development in the countryside.

Some feel, rightly or wrongly, that planners see Scotland’s landscape as pristine wilderness, untouched and unpopulated by mankind: nature in it’s raw and overwhelming beauty. Who knew grouse moors, sheep slopes, commercial forestry crops and industrial-scale agriculture could be described (and misunderstood) so poetically?

Many people feel that apparently reasonable proposals are effectively put in the dock when they enter the planning system. These may be proposals, such as rural housing or hutting, which would support stated Scottish Government and local authority policies and ambitions. The case for the proposal may be misunderstood or completely ignored. There is no opportunity for meaningful dialogue. We coined the phrase ‘guilty until proven innocent’ at a previous Rural Housing Scotland conference. At its worst, it’s Kafkaesque – and that is no exaggeration.

It must be acknowledged that Scotland’s planning authorities are under severe resource pressures. This does not help. Planning permission is a key factor in delivering projects that address poverty, support climate change, enhance wellbeing and drive economic growth. The resourcing of the system needs to be addressed, alongside a refocusing of its purpose.

There’s an opportunity to influence the Scottish Government’s forthcoming National Planning Framework 4 by submitting comments by 31 March 2020, using the link below. NPF4 will elevate Scottish Planning Policy from a material consideration to statutory status in planning decisions. This is a rare opportunity to help secure the firmest possible support for both hutting and rural housing at national and local level.

Disclaimer: The planning system does also achieve good decisions and there are many positively minded planning officers out there! 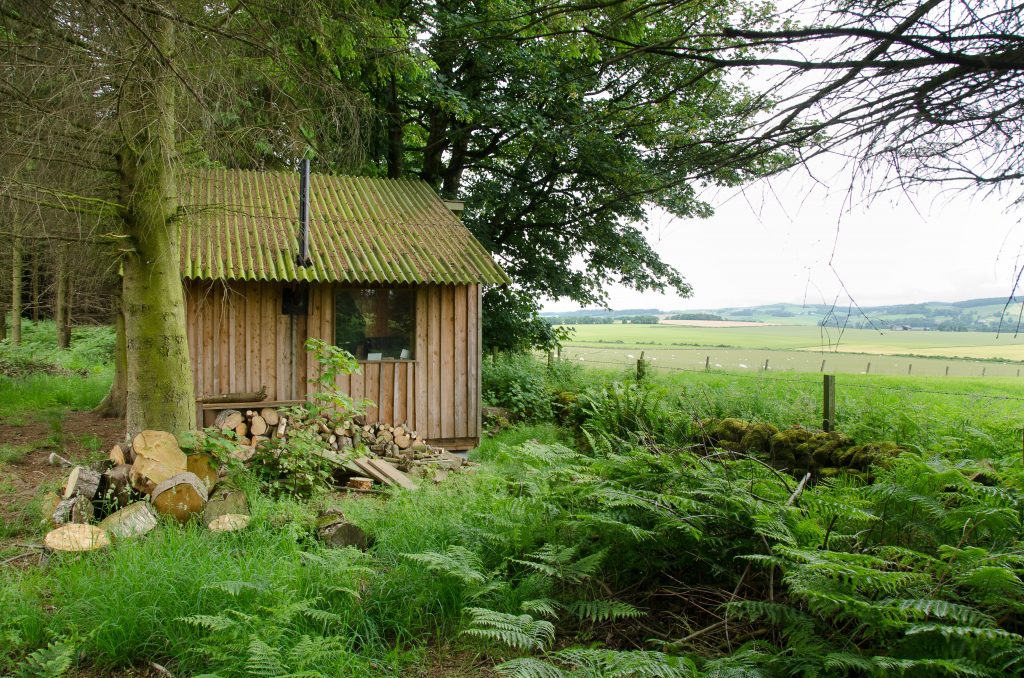