By Richard Heggie on 3 March 2011 in Uncategorized 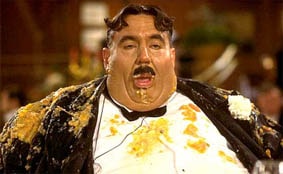 Only 70% of Scots live in the Central Belt. That’s 3.65 million people. The others live somewhere else. In a midge-infested glen? Too far from a macchiato?

I’m one of the 3.65 million. Work has opened my eyes to northern Scotland, Argyll and the Islands. I once believed the action was found around Scotland’s narrow, overweight waist: pity our upper torso and far-flung limbs, withering away. I was wrong: it’s the waist that’s turned to waste.

In their 1999 book, ‘Clone City‘, Miles Glendinning and David Page presented a pleonastic and periphrastic demolition of the Central Belt. Since then, the bland sprawl has only spread. Where are central Scotland’s distinctive, civilised places?

Our misplaced Central Belt pride is compounded by the fact that many of us barely know our own country. Yet, we still sneer at those on the periphery. Even our third city is not immune. Life and business thrive in Aberdeen and its Shire, but the M8 barbell media can’t lift its eyes above the Campsies and Ochils.

In our minds’ eye, we gaze upon mountains and glens. In reality, we see the shallow peaks of retail-shed roofs facing seas of cars. Scotland’s landscape and coastline is the Central Belt’s new Riviera. We walk, climb and sail our way back to Monday morning.

And the good news? Firstly, some of our remote places have escaped the worst excesses of late 20th and early 21st Century development. At a recent Argyll & Bute Council consultation, mid Argyll’s consultees bemoaned the historically slow growth rate in their towns. Only a reciprocal failure amongst Argyll residents to visit the Central Belt could account for this misconception that the grass is greener over here.

Secondly, the Central Belt we see today is only one frame in a slow motion movie. Once, comprehensive redevelopment and poorly conceived high rise blocks gave way to conservation and heritage. Urban livestock market sites bred Tesco and ASDA stores. Banks are coffee houses and bars.

Despite this, our plans are still like still life paintings. We make jigsaws, not realising we can never find the last piece of an ever changing picture.

In the modern era, our overheated economy glowed majestically. Growth was our right: a booming Berlin Wall that could never be breached. That also changed.

There is one part of our Central Belt fabric that has become so distended, ubiquitous and gluttonous that it’s approaching its inevitable tipping point. Even in our darkest days of fiscal restraint, economic meltdown and constrained lending, this ravenous sector is piling on weight fast. It can’t last.

Some day soon, our supermarkets will eat each other alive. When they do, we might use their sites to make our Central Belt towns better places.